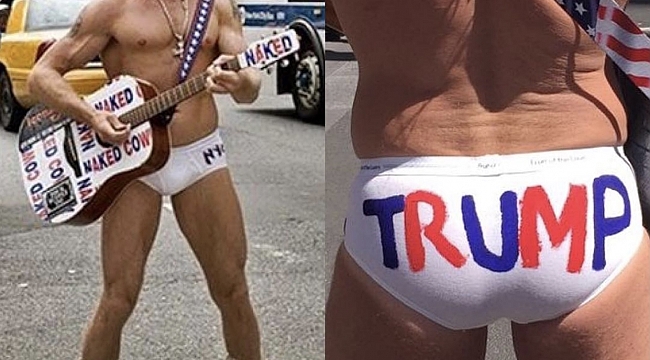 Robert John Burck (born December 23, 1970), better known as the Naked Cowboy, is an American actor, singer, songwriter, writer, and street performer who sings in New York City's Times Square. He wears only cowboy boots, a hat, and white briefs, with a guitar strategically placed to give the illusion of nudity.

Burck was born in Cincinnati, Ohio, on December 23, 1970. He earned a bachelor's degree in political science from the University of Cincinnati College of Arts and Sciences in 1995.

He is currently best known as a fixture of Times Square in New York City. In May 2014, Burck switched from his usual briefs to boxer briefs, after being sponsored by Fruit of the Loom.

On October 6, 2010, Burck formally announced that he was running for President of the United States in the 2012 U.S. election as a candidate representing the U.S. Tea Party movement.

Married to Patricia Cruz Burck, The Naked Cowgirl on 2013. 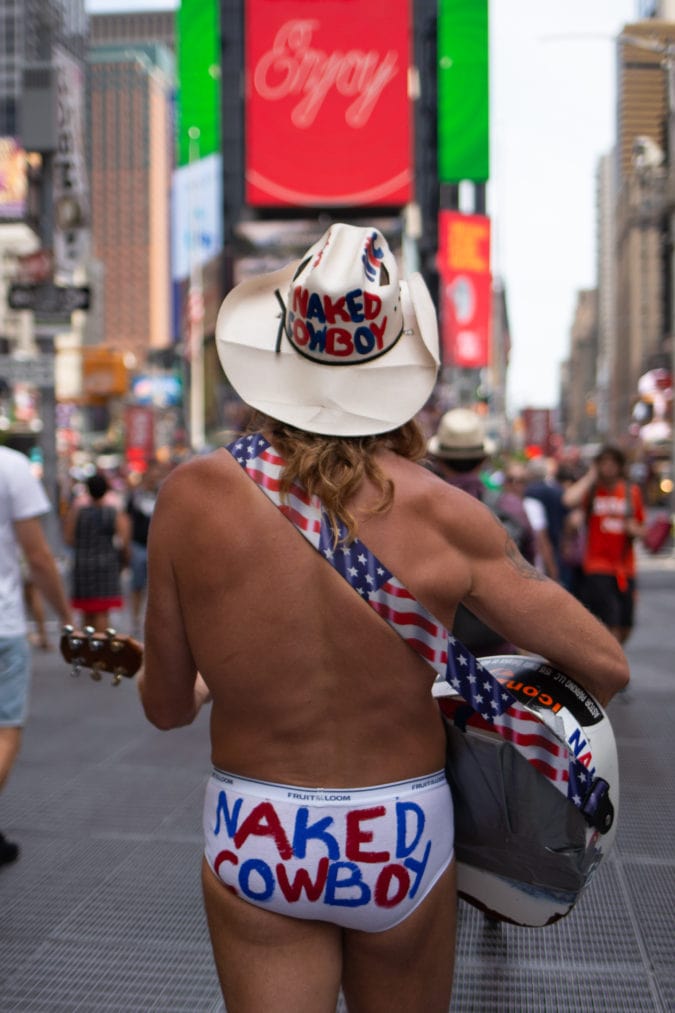 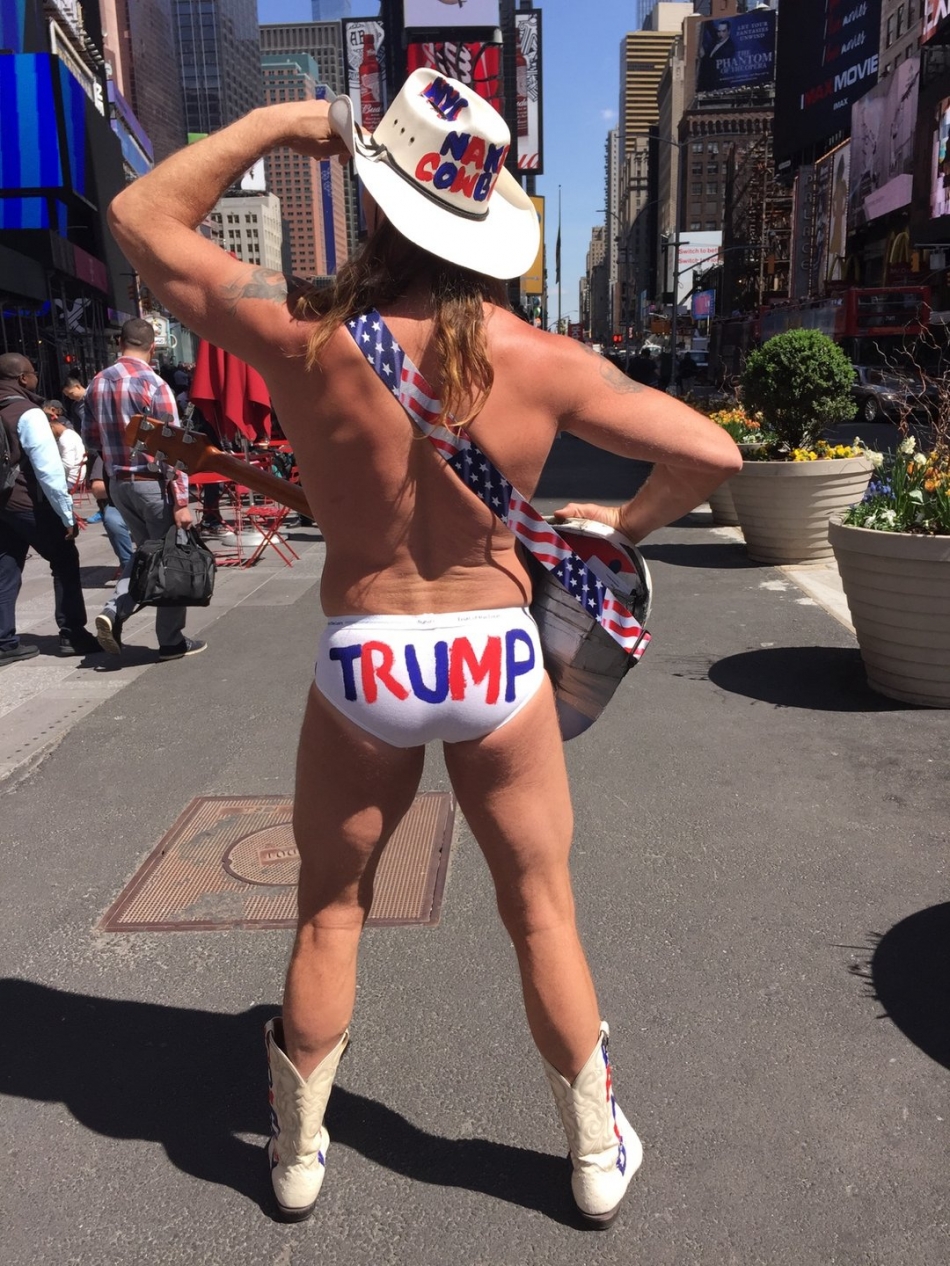 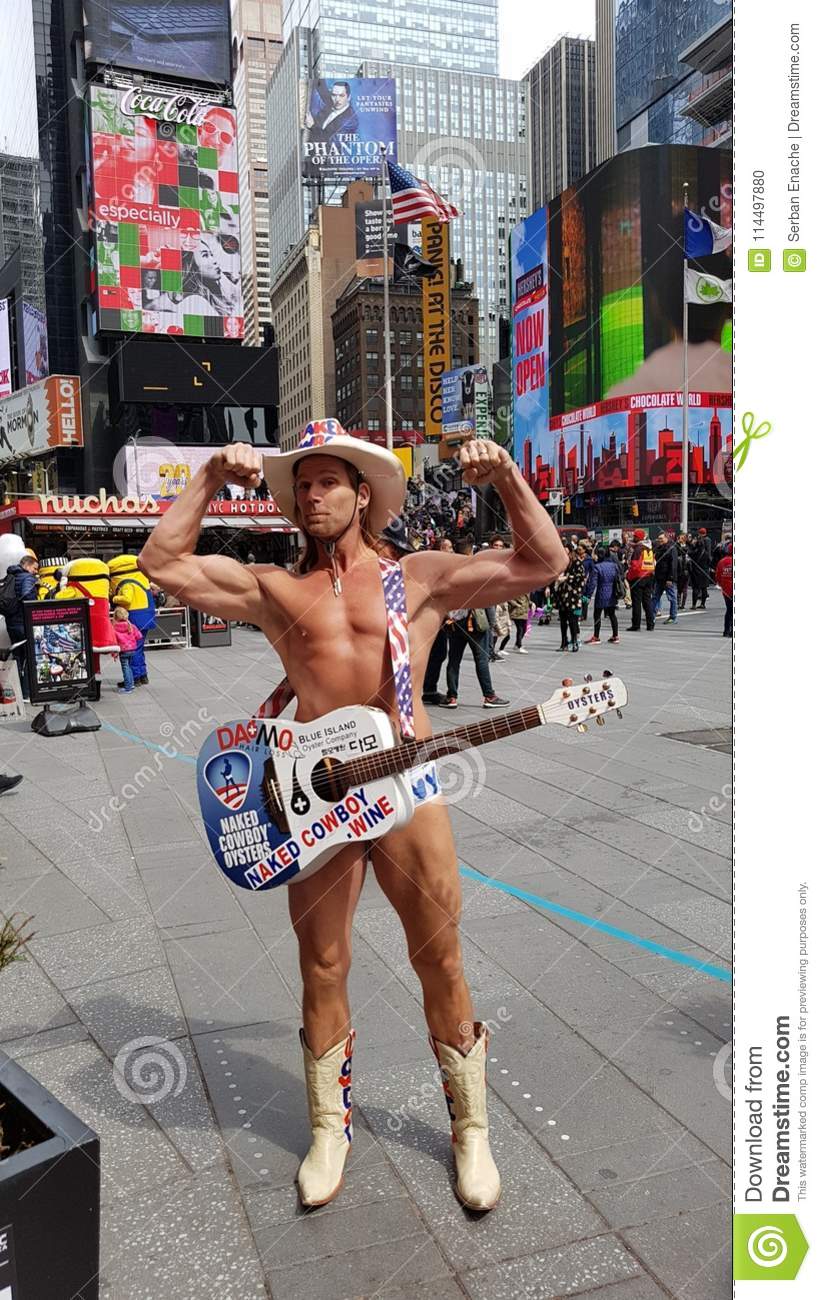